Witness for His Names 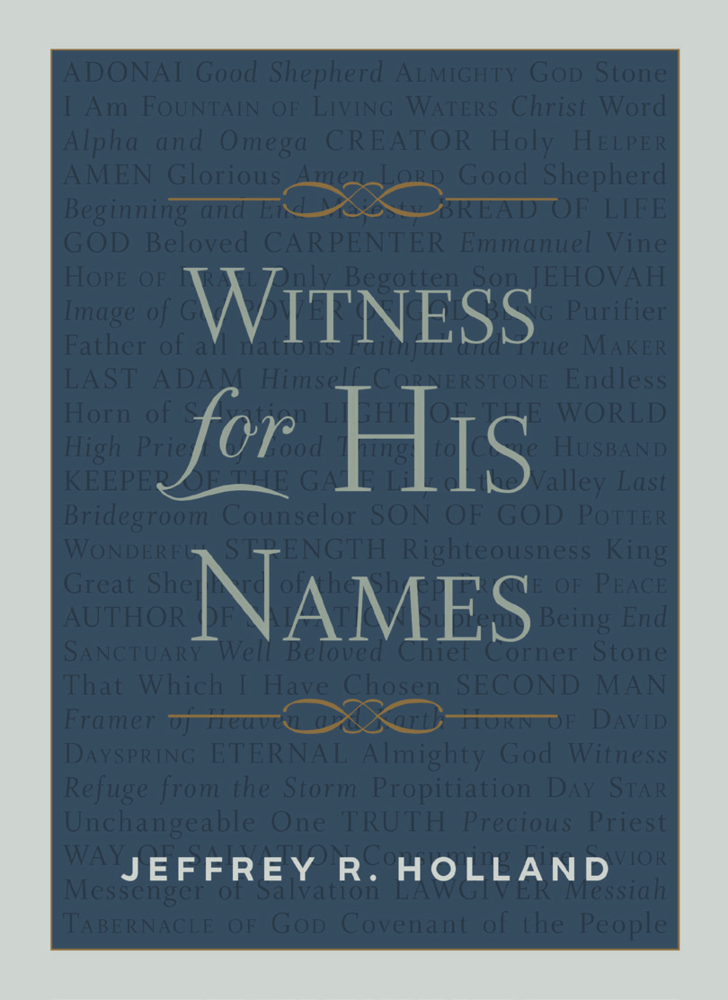 When Elder Jeffrey R. Holland was first called to the Quorum of the Twelve Apostles, he quickly learned that "among the most important responsibilities [he] had was to be one of the 'special witness of the name of Christ in all the world'" (Doctrine and Covenants 107:23). This understanding prompted a habit in his scripture study of "jotting down or otherwise noting the references to Jesus's various names: in the standard works. With study, "the name of Christ was growing and swelling, expanding and emerging into the names of Christ."

In this beautiful book, Elder Holland shares his notes and insights about the many names of Christ he has studied in his twenty-five plus years as an Apostle. He promises that "as we study these titles to learn more about who He was and is, we will find ourselves learning more about who we are and what we may become." In so doing, we will gain a greater understanding of our covenants and how each of us can more fully bear witness of Christ's holy name.

Jeffrey R. Holland
Jeffrey R. Holland was called as a member of the Quorum of the Twelve Apostles of The Church of Jesus Christ of Latter-day Saints in June 1994. A native of St. George, Utah, he received bachelor's and master's degrees from Brigham Young University and a master's degree and PhD in American Studies from Yale University. In 1974 he became dean of Religious Education at BYU and two years later was named Church Commissioner of Education. In 1980 he was appointed president of BYU, where he served until he was sustained as a member of the First Quorum of the Seventy in 1989. Elder Holland is the author of several books, including For Times of Trouble, Christ and the New Covenant and To My Friends. He and his wife, Patricia, have three children, thirteen grandchildren, and one great-grandchild.