The Lost Wonderland Diaries Vol. 2 - Secrets of the Looking Glass


The Lost Wonderland Diaries Vol. 2 - Secrets of the Looking Glass 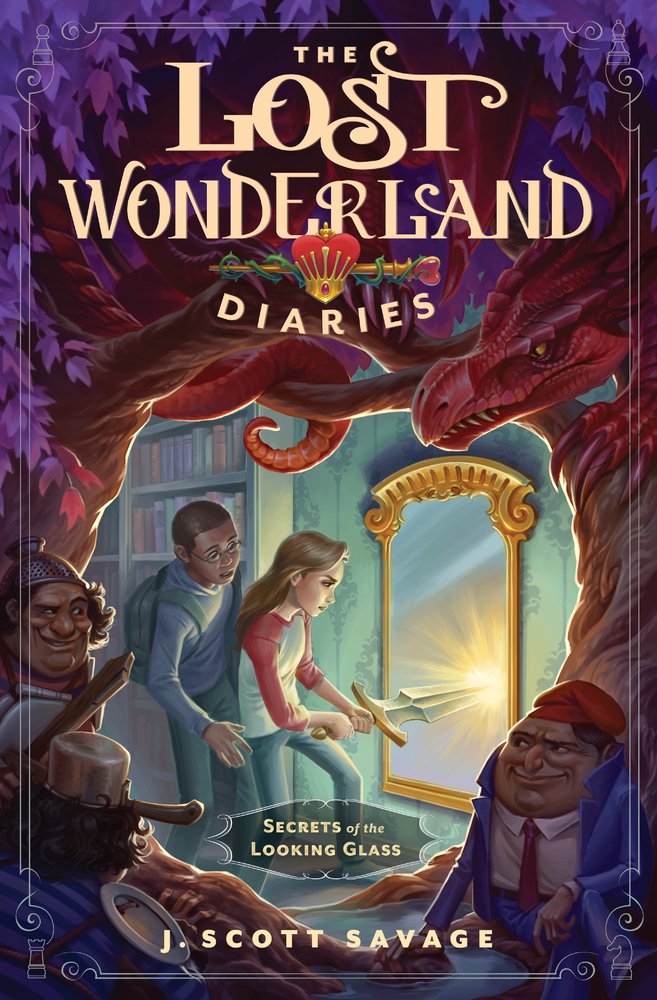 After returning from Wonderland, Celia and Tyrus journey to the Looking-Glass World to reclaim their mirror images and stop a war between two powerful queens.

When a dark creature called the Bandersnatch steals Lewis Carroll's lost diaries, Celia and Tyrus try to get it back but are tricked into passing through a magic mirror into the Looking-Glass World, a place where everything--themselves included--are divided in two, like identical twins. Celia's astute logic and Tyrus's exceptional imagination now belong to their mirror images, Lia and Ty, who are generals in the Red Queen's Army, which is at war against the White Kingdom.

Left without their greatest problem-solving skills, Celia and Tyrus must rely on each other more than ever as they play a massive game of chess to try to catch their mirror images, who always seem to be one step ahead of them. Along the way, they engage in a rhyming battle with Tweedle Dee and Tweedle Dum, seek advice from Humpty and Dumpty, and learn how to believe in the impossible from the White Queen, who remembers the future as if it were the past.

As the final battle draws near, Celia and Tyrus form an uneasy alliance with Lia and Ty in order to find the legendary vorpal sword--the only weapon powerful enough to stop the war. If they fail, not only will two kingdoms be destroyed, but Celia and Tyrus might never regain their stolen talents and be trapped in the Looking-Glass World forever.

J. Scott Savage
J Scott Savage is the author of the Farworld middle grade fantasy series and the Case File 13 middle grade monster series. He has been writing and publishing books for over ten years. He has visited over 400 elementary schools, dozens of writers conferences, and taught many writing classes. He has four children and lives with his wife Jennifer and their Border Collie, Pepper in a windy valley of the Rocky Mountains.