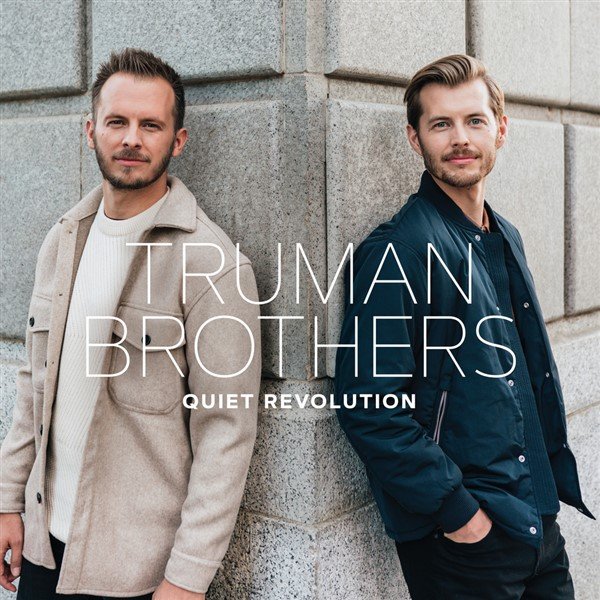 The Truman Brothers create Spirit-filled music for today—for every day. With its energetic, pop-driven anthems, their new EP Quiet Revolution is a rallying reminder that there is marvelous work to do and that with Christ as our compass, we can find strength in weakness, peace in the storm, and clarity in the noise—that through Him, we can find our way back home.

For the Truman Brothers, music and the gospel are in their DNA, Sons of Dan Truman of Diamond Rio and Nashville Tribute Band fame and raised in Nashville, Tennessee, they spent their formative years in green rooms, backstages, and tour buses as well as sacrament meetings and Young Men activities. Their pedigree would suggest an automatic attraction to the family business, but post-mission life found the brothers pursuing higher education. It wasn't until attending college in the same town that their musical roots would take hold. They began writing songs together for the first time, and despite their Nashville upbringing, their sound found a home in the catchy choruses and undeniable melodies of modern pop music.