Modern Idolatry & The End of the World 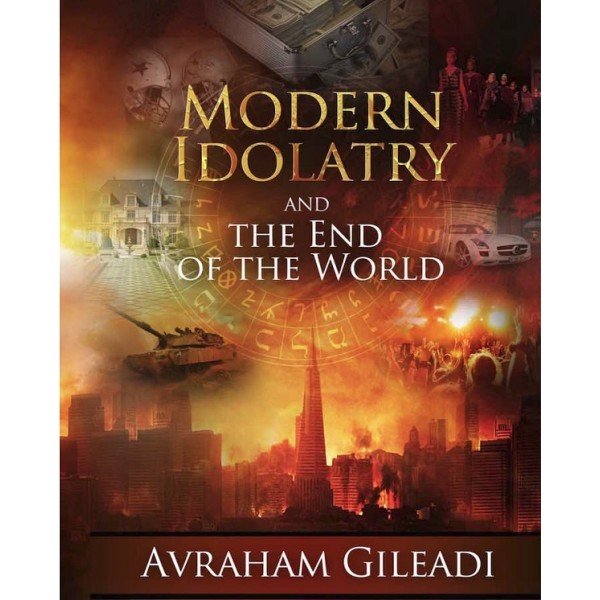 Delightfully small volume that unveils twelve ancient kinds of idolatry that caused the judgements of God to come upon the world and are flourishing again today. Even now, their ripple effects-darkened minds, unbelief, oppression, and violence-are bringing on God's judgements, spelling the end of the world as we know it.

Avraham Gileadi was born in the Netherlands during World War II. During the war, his father’s Dutch underground organization helped a New Zealand pilot escape to England. This led to the family emigrating to New Zealand in 1950. In 1968, Avraham Gileadi emigrated to Israel, where he learned Hebrew, attended rabbinical school, and studied Jewish analytical methods.

In 1973, he moved to the United States, married and raised a family of nine children. He graduated with a Ph.D. in Hebrew Bible and Ancient Near Eastern Studies under the tutelage of Professor Roland. K. Harrison of Wycliffe College, Toronto, Canada, with Professor Hugh Nibley as chairman. For his doctoral thesis (“A Bifid Division of the Book of Isaiah.” Diss., Brigham Young University, 1981), he analyzed a complex literary structure in the Book of Isaiah that radically impacts the book’s interpretation.

During his Ph.D. program, he translated the text of Isaiah into modern English, with annotations from the Dead Sea Scroll of Isaiah, 1Qsaa, and the Greek Septuagint Version, LXX, and published it with analyses of Isaiah’s literary patterns uncovered during a decade of postdoctoral research.