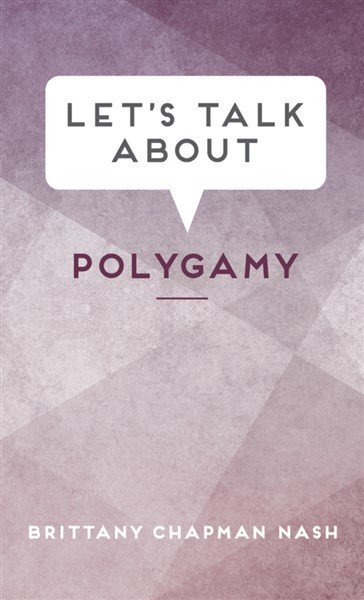 While outlining the known history of polygamy among the Saints, Nash explores sensitive issues, such as how and why Joseph Smith introduced the practice, his wife Emma Hale Smith’s response to it, and the origins of the plural marriage revelation (today known as Doctrine and Covenants 132). The book also examines how polygamy evolved and affected the Saints in Utah and in the wake of anti-polygamy legislation. The Saints had varying experiences with polygamy—some positive, others not—and through the use of original sources, Nash allows the participants themselves to give voice to the breadth of the Saints’ thoughts and feelings. Though some aspects of the practice of polygamy may never be fully understood, the examples of sacrifice, conviction, and commitment to the gospel from the Saints who practiced it may help readers find understanding and reconciliation and ultimately strengthen their own faith.

Let's Talk
The Let’s Talk About series includes small, approachable books on important Latter-day Saint topics. Each one is written by a trusted, faithful scholar who thoroughly explains the topic, including key issues to consider. Designed for people who have sincere questions and are seeking answers, this series provides access to some of the best thinking in the Church.

Brittany Chapman Nash
Brittany Chapman Nash is a specialist in Latter-day Saint women’s history and coedited the award-winning four-volume Women of Faith in the Latter Days series and Fearless in the Cause: Remarkable Stories of Women in Church History. She holds a bachelor’s degree in humanities from Brigham Young University and a master’s degree in Victorian studies from the University of Leicester in England. Brittany worked as a historian for ten years in the Church History Department of The Church of Jesus Christ of Latter-day Saints and has served on committees of the Mormon History Association, Better Days 2020, and the Young Women general board. She is a member of the Mormon Women’s History Initiative Team, a group dedicated to popularizing the history of Latter-day Saint women. Brittany lives with her husband, Peter, and their two young children in Salt Lake City, Utah.