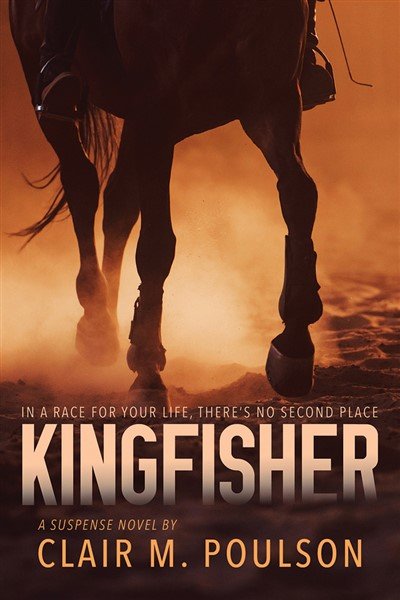 Rancher Kit Troxley loves the thrill of the racetrack. He is well aware that horse racing can be a perilous sport, but when ruthless jockey Sam Overmyer cheats him for the win, Kit’s eyes are opened to the dark side of the competition. After accusing Sam of foul play, Kit discovers that horses don’t pose the only danger on the track—Sam’s fury has followed Kit back to his Utah ranch, and the man is out for vengeance. His agenda is to destroy Kit’s life one piece at a time—and why not start big, with an accusation of murder? As Kit struggles to prove his innocence, he must rely on his faithful family and friends for help. But even as he stays one step ahead of Sam’s wrath, Kit soon realizes that simple vindication will never be enough for his opponent. What began as a feud on the track has turned into a deadly game of cat and mouse, and Kit will be lucky if he makes it out alive.


Clair M. Poulson
Clair M. Poulson retired after twenty years in law enforcement. During his career he served in the U.S. Military Police Corps, the Utah Highway Patrol, and the Duchesne County Sheriff's Department, where he was first a deputy and the the county sheriff. He currently serves as a justice court judge for Duchesne County, a position he has held for nineteen years. His nearly forty-year career working in the criminal justice system has provided a wealth of material from which he draws in writing his books. Clair has served on numerous boards and committees over the years. Among them are the Utah Judicial Council, and FBI advisory board, the Peace Officer Standards and Training Council, the Utah Justice Court Board of Directors, and the Utah Commission on Criminal and Juvenile Justice. Other interests include activity in the LDS Church, assisting his oldest son in operating their grocery store, ranching with his oldest son and other family members, and raising registered Missouri Fox Trotter horses. Clair and his wife, Ruth, live in Duchesne and are the parents of five married children. They have twenty-two grandchildren.