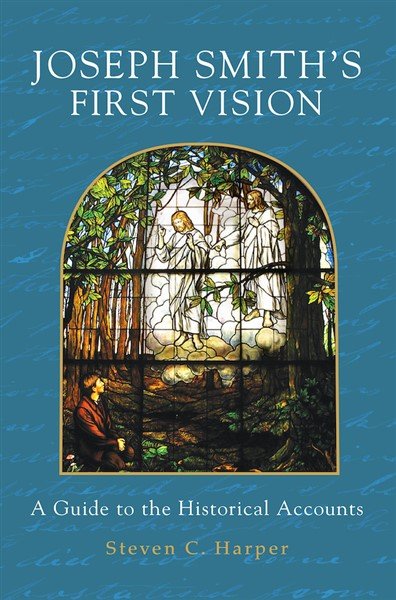 From the moment Joseph Smith first spoke of it, many have considered, examined, and questioned his account of God and Christ appearing to him in a grove of trees in upstate New York. As the only tangible evidence of the miraculous event, Joseph's recorded statements on the first vision are important today for both believers and critics: the truth of these records attests to Joseph's prophetic calling, the reality of the Restoration, and the assurance that God continues to speak to us today.

In this volume, Church historian Steven C. Harper provides all known accounts of the first vision written during Joseph Smith's lifetime and places them within the historical context of his family, community, and culture. Brother Harper includes practical explanations of the variations and nuances of each account as well as an analysis of three notable critiques of Joseph's statements. Using historical and analytical methodology, Brother Harper helps us better understand what he declares may be the "best document theophany — vision of God — in history."

Joseph Smith's First Vision: A Guide to the Historical Accounts is enhanced by images of accounts of the vision and of individuals and places associated with it. Most important, this faithful work offers a fresh look at important records with neither a doubting nor a defensive bias. It is a book that will inform, uplift, and inspire those who seek to know the truth.

Steven C. Harper
Steven C. Harper is a professor of Church history and doctrine at Brigham Young University. In 2013 Steve was appointed as the managing historian and general editor of Saints: The Story of the Church of Jesus Christ in the Latter Days. He was named editor in chief of BYU Studies Quarterly in September 2019. He earned a bachelor's degree from BYU, an MA in American history from Utah State University, and a PhD in early American history from Lehigh University in Bethlehem, Pennsylvania. He began teaching courses in religion and history at BYU Hawaii in 2000 and joined the Religious Education faculty at BYU in 2002. That year he also became a volume editor of The Joseph Smith Papers and the document editor for BYU Studies. He taught at the BYU Jerusalem Center for Near . Eastern Studies in 2011-2012. He is also the author of several books, including Making Sense of the Doctrine and Covenants (Deseret Book, 2008) and First Vision: Memory and Mormon Origins (Oxford University Press, 2019), along with dozens of articles. He and his wife, Jennifer Sebring Harper, live in Utah.