In the Hands of the Lord (Hardback)

In the Hands of the Lord (Hardback) 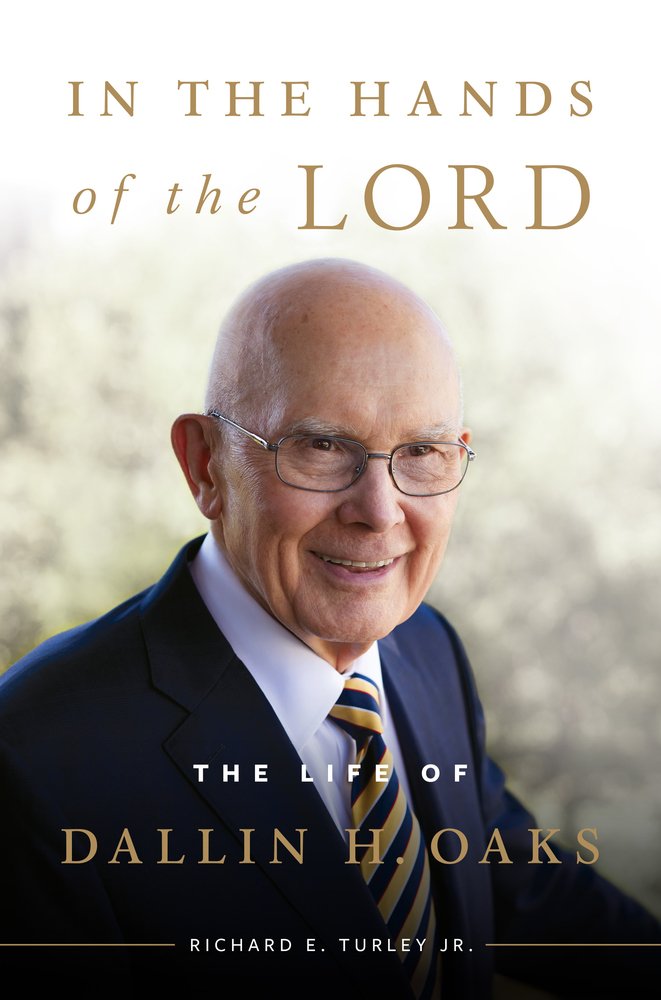 Dallin H. Oaks may not have seemed the likeliest choice to become an Apostle. His life path had been anything but conventional. He was only seven when his mother became a widow. His young adulthood saw him joining the National Guard and marrying at nineteen. But all along that path, the Lord was preparing him for the call that would eventually come.

This engaging biography by noted historian Richard E. Turley, Jr. takes the reader on a fascinating journey through the life of an extraordinary leader. It is filled with stories and photographs detailing his boyhood, his family life, his education and military experiences, and his distinguished academic and law career.

Most important, we witness his willingness to set aside that career in favor of a higher responsibility. In 1984, when President Gordon B. Hinckley extended the call to the apostleship, Dallin H. Oaks replied, "My life is in the hands of the Lord, and my career is in the hands of His servants."His lifetime of dedication to the Lord's work gives truth to his words and offers inspiration and faith to all who ready his story.

Richard E. Turley, Jr.
Richard E. Turley, Jr., Assistant Church Historian and Recorder for The Church of Jesus Christ of Latter-day Saints, is a member of the editorial board of the Church Historian's Press, which publishes The Joseph Smith Papers and other highly-acclaimed works of Church history. He is the author or co-author of several books, including How We Got the Book of Mormon and How We Got the Doctrine and Covenants, with William W. Slaughter; Massacre at Mountain Meadows, with Ronald W. Walker and Glen M. Leonard; Stories from the Life of Joseph Smith, with Lael Littke; and Victims: The LDS Church and the Mark Hofmann Case. In addition, he is the coeditor of the series Women of Faith in the Latter Days, with Brittany A. Chapman, and general editor of the print volumes of The Journals of George Q. Cannon. He and his wife, Shirley, live in Salt Lake City, Utah.