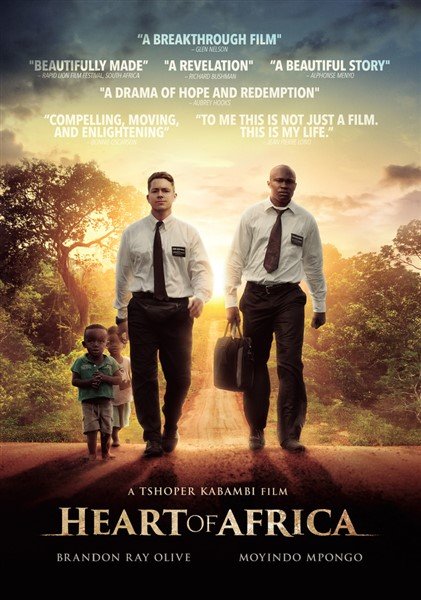 A Congolese man runs from a terrible accident and finds himself at a revolutionary camp, where he is told that he has a great destiny. He tries to escape and start a new life by going to another town, joining a new religion, and becoming a missionary. Ultimately, though, he finds himself back in the very place he had tried to leave. He must face his fears and his shame—but also his magnificent possibilities.

Heart of Africa is the first full-length, faith-based film to come out of the nascent Democratic Republic of Congo film movement. After decades of colonial oppression and civil war, the country's scars run deep. Cinema is emerging as a cathartic new medium, and director Tshoper Kabambi is a leader of a new kind of revolution: one driven by stories that he hopes will heal the hearts of his people and the DR Congo.