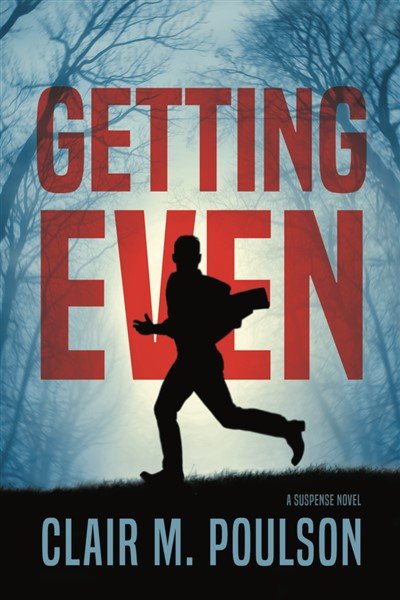 Joe Whalen is the first to admit he’s no angel. But living alone in his remote house in the country, he’s been working hard to eke out a livelihood on a local farm as he cleans up his act. However, when he returns home late one night, he finds himself facing a whole new level of trouble: there has been a murder in his home, and he is the prime suspect. Unless he can figure out who’s framing him, he’s going to spend his life behind bars.

With the help of his loyal boss and his friend Melia, Joe embarks on a fight for his freedom as he unearths a disturbing trail of evidence. Soon, he realizes his past mistakes have placed him firmly in the center of a maze of deceit, greed, and violence, and the clues lead directly to one individual who will stop at nothing to remain in the shadows.

Clair M. Poulson
Clair M. Poulson retired after twenty years in law enforcement. During his career he served in the U.S. Military Police Corps, the Utah Highway Patrol, and the Duchesne County Sheriff's Department, where he was first a deputy and the the county sheriff. He currently serves as a justice court judge for Duchesne County, a position he has held for nineteen years. His nearly forty-year career working in the criminal justice system has provided a wealth of material from which he draws in writing his books. Clair has served on numerous boards and committees over the years. Among them are the Utah Judicial Council, and FBI advisory board, the Peace Officer Standards and Training Council, the Utah Justice Court Board of Directors, and the Utah Commission on Criminal and Juvenile Justice. Other interests include activity in the LDS Church, assisting his oldest son in operating their grocery store, ranching with his oldest son and other family members, and raising registered Missouri Fox Trotter horses. Clair and his wife, Ruth, live in Duchesne and are the parents of five married children. They have twenty-two grandchildren.