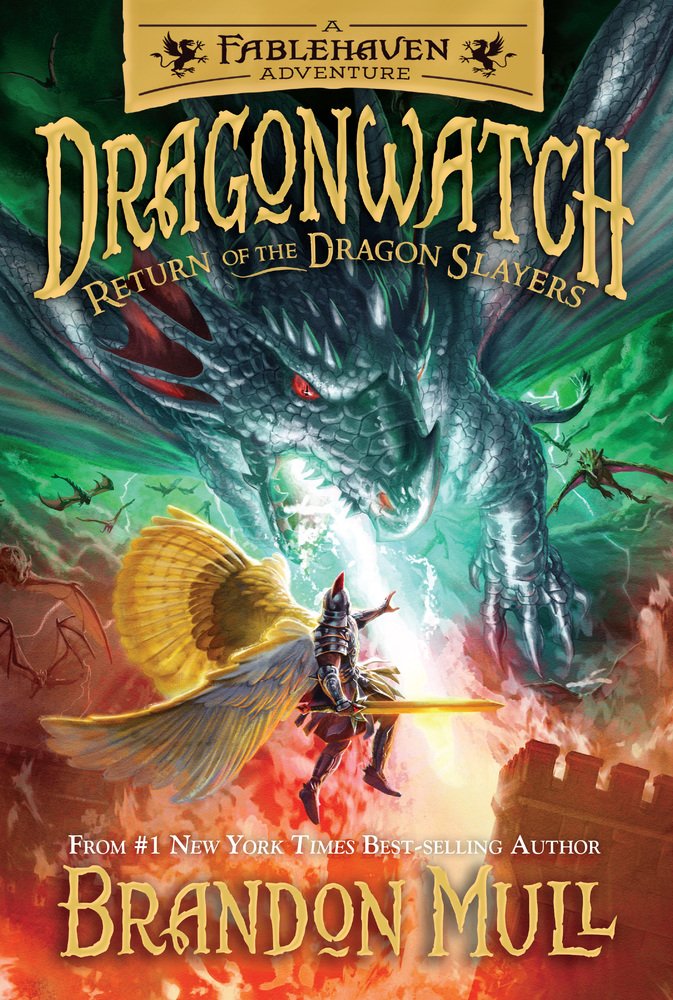 The magical world teeters on the brink of collapse. The Dragon King, Celebrant, has united the dragons into a vengeful army, and only a final artifact stands in the way of them unleashing their fury against humankind. With established allegiances shifting under the strain, Seth and Kendra find themselves in desperate need of new allies.

Seth must face his most dangerous quest—the fulfillment of his pledge to the Singing Sisters. With only Calvin the Tiny Hero at his side, Seth needs to collect the pieces of the Ethergem, including the stones from the crowns of the Dragon King, the Giant Queen, and the Demon King.

Halfway across the world, Kendra finds herself torn between her duty to Dragonwatch and her desire to rescue Bracken. Can she challenge Ronodin's control of the fairy realm without leaving the five legendary dragon slayers to be hunted by Celebrant and his sons?

Left behind at Titan Valley, Knox and Tess must survive the aftermath of the Giant Queen's fall. Will the secret crown in Knox's possession prove too much for him to handle?

In this fifth and final volume of Dragonwatch, our heroes make their last stand at the hidden Kingdom of Selona. For the defenders of light to stand a chance, the legendary dragon slayers must arise, lost secrets must be uncovered, and ancient powers must awaken. Get ready for the gripping, revelatory, and unforeseen conclusion to the epic ten-volume New York Times best-selling Fablehaven and Dragonwatch series.

Brandon Mull is the #1 New York Times best-selling author of the Fablehaven, Beyonders, and Five Kingdoms series. A kinetic thinker, Brandon enjoys bouncy balls, squeezable stress toys, and popping bubble wrap. He lives in Utah in a happy little valley near the mouth of a canyon with his four children and a dog named Buffy the Vampire Slayer. Brandon loves meeting his readers and hearing about their experiences with his books.