Daily Joy - A Devotional for Each Day of the Year 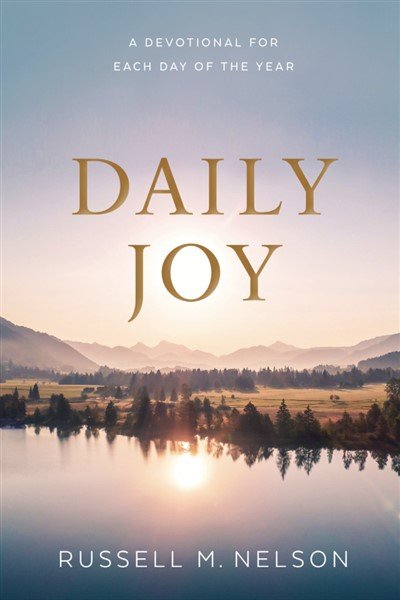 This dynamic collection of thoughts for each day of the year from President Russell M. Nelson is certain to motivate and inspire us in our pursuit of spiritual strength. Containing 365 quotations and accompanying scriptures for daily reading, this small, carry-along sized book will fit in a purse, briefcase, or backpack. It's also an excellent resource for family home evenings, gospel lessons, talks, or personal study. Give the gift of hope—or keep yours alive—with the words of our beloved. prophet.


Russell M. Nelson
Russell M. Nelson was sustained as the seventeenth president of The Church of Jesus Christ of Latter-day Saints in January 2018 after serving in the Quorum of the Twelve Apostles for more than 30 years. Prior to his call as an Apostle, he was a world-renowned cardiovascular and thoracic surgeon, medical researcher, and educator. He received his BA and MD degrees from the University of Utah and a PhD from the University of Minnesota. He and his wife, the late Dantzel White Nelson, are the parents of ten children. She passed away in February 2005. President Nelson married Wendy L. Watson, a professor of marriage and family therapy in BYU's School of Family Life, in 2006.