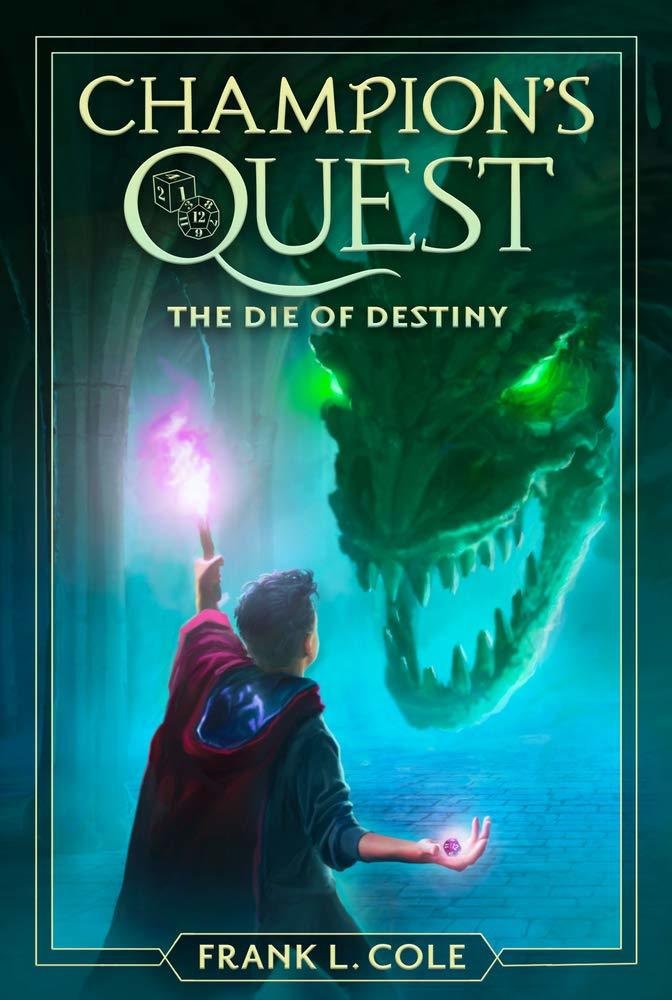 Lucas Silver's life is about to change. He thinks it's because he's made plans to escape from his foster home and make his way to New York, but then he and some unlikely friends find Hob and Bogie's Curiosity Shoppe and agree to play a game of Champion's Quest.

When the four kids walk out the front door of the Curiosity Shoppe, they immediately discover they're no longer in West Virginia, but transported into the game and a wild fantasy world of dangerous goblins, brutish ogres, and a powerful witch. They must work together as a team, overcome their real-world weaknesses, and believe in themselves and each other if they are to outwit, outplay, and survive their foes in this ultimate quest to defeat a treacherous monster.

Frank L. Cole
Frank L. Cole lives with his wife and three children out West. He is the author of ten books. He is an active promoter of reading and the power of imagination and has been to more than 120 schools presenting to kids.