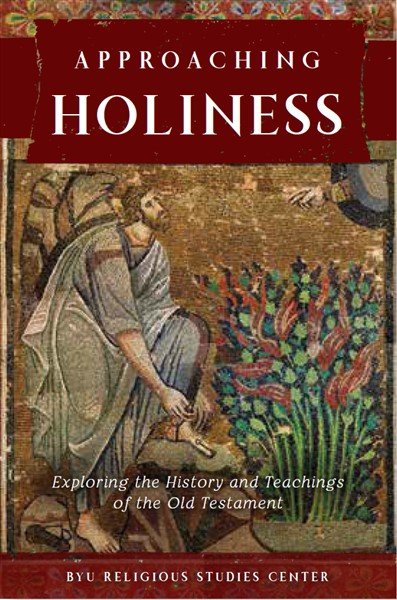 Approaching Holiness aims to assist in the personal and family study of the history and teachings of the Old Testament. The book gathers some of the clearest writings on the Old Testament that have been published by the Religious Studies Center at Brigham Young University. The Old Testament is not only foundational to our understanding of the birth, life, Atonement, Crucifixion, and Resurrection of the Savior, but it also teaches us about God, our faith history, and the spiritual heritage of the house of Israel.

Krystal V. L. Pierce
Krystal V. L. Pierce is an assistant professor in the Department of Ancient Scripture at Brigham Young University. She has also taught classes on Egyptology at the BYU Jerusalem Center for Near Eastern Studies. She received a PhD in Egyptian archaeology and Near Eastern languages and cultures from UCLA and an MA and BA in Near Eastern studies from UC Berkeley. She and her husband, Prof. George Pierce, have two children and live in Vineyard, Utah.

David Rolph Seely
David Rolph Seely has graduate degrees from Brigham Young University in classics and from the University of Michigan in ancient and biblical studies. He is a professor of ancient scripture at Brigham Young University and is a member of the international team of scholars that translated and published the Dead Sea Scrolls. He is married to Jo Ann Horton, and they live in Provo, Utah, where they raised their four children.