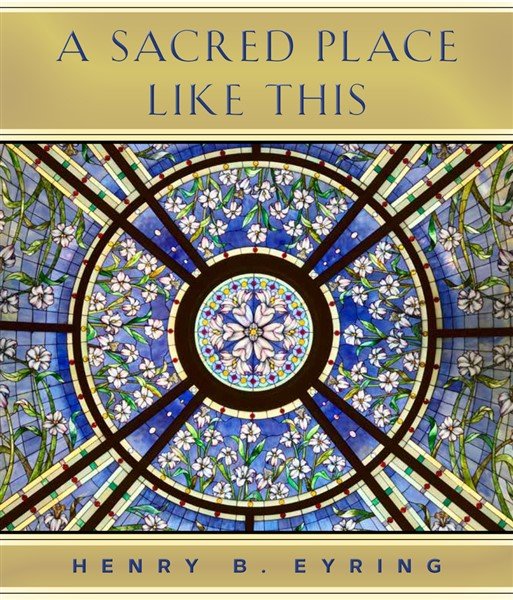 The blessings of the holy temple are available to all of us but personal to each of us. One sure witness of that truth is President Henry B. Eyring, who has developed a deep and abiding love for the house of the Lord. In A Sacred Place Like This, he encourages all to be ready and worth to enjoy increased opportunities for temple worship and the personal revelation that follows.

Sharing inspiring personal stories, doctrine, and scriptural insights, President Eyring invites us to better understand the Savior, build eternal family connections, and feel more hope, joy, and optimism in our lives. His words are coupled with beautiful temple photography and powerful graphics depicting the growth of temples worldwide. President Eyring's invitation to be a part of that work extends to each of us: "My hope for you and for all your beloved family is that you will grow in desire and determination to be worth to go into the house of the Lord as often as your circumstances allow. He wants to welcome you there."

Henry B. Eyring
Henry B. Eyring was called in 2008 as First Counselor in the First Presidency of The Church of Jesus Christ of Latter-day Saints. He has served as a General Authority since 1985, when he was called to serve in the Presiding Bishopric; he was sustained as a member of the Quorum of the Twelve Apostles in 1995 and as Second Counselor in the First Presidency in 2007. President Eyring holds a bacherlor's degree from the University of Utah and master's and PhD degrees from Harvard University. He worked as an associate professor at the Stanford Graduate School of Business and was president of Ricks College from 1971 to 1977. He also served as commissioner of Church Education. He and his wife, Kathleen Johnson Eyring, are the parents of six children and grandparents of twenty-eight.