Books > Inspirational > A Place to Belong

A Place to Belong 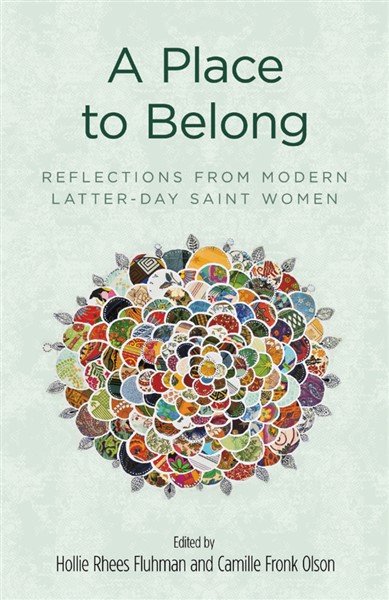 In our complex world, it's easy for modern Latter-day Saint women to feel they don't fit the mold, especially in a culture that often focuses on traditional values and picture-perfect families. A Place to Belong is filled with distinctive stories written by thirty-three modern women of faith who show from their own lives that there's more than one way to be a believing and contributing woman in The Church of Jesus Christ of Latter-day Saints.

This collection celebrates the diverse lives that women lead and how they navigate their twin commitments to women's issues and to their faith. For some people, faith and feminism may seem incompatible, yet A Place to Belong illustrated how they can actually complement each other.


Hollie Rhees Fluhman
Hollie Rhees Fluhman graduated from Brigham Young University, Provo, Utah, with a BS in family science, which has proven to be mostly useless during the past twenty-two years of raising her family. Indeed, she now regards family life as emphatically unscientific. She has enrolled again at BYU in post-baccalaureate studies and wrestles with Latter-day Saint women’s history and academic women’s studies. She lives in Provo with her family and is most fortunate to be married to Spencer, her favorite person in the world.


Camille Fronk Olson
Camille Fronk Olson is a professor emeritus of ancient scripture and former department chair at Brigham Young University, Provo, Utah. She holds an MA in Ancient Near Eastern Studies and a PhD in the sociology of the Middle East from BYU. She has served on the Young Women General Board and on the Church's Teacher Development Curriculum Committee. She is a popular speaker and writer whose published books include Women of the Old Testament; In the Hands of the Potter; Mary, Martha and Me; and Too Much to Carry Alone. She loves to travel, garden, and research stories about her ancestors. She is married to Paul Olson, which includes the blessing of two children and four grandchildren.