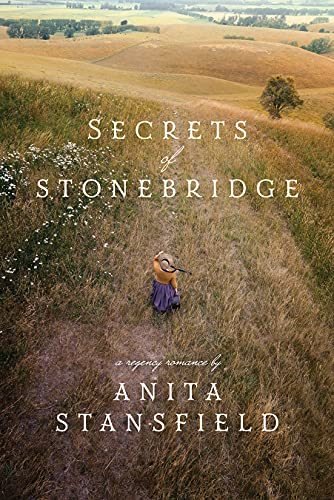 Since the untimely death of her young husband, Regina Everleigh has been consumed by her grief. After more than a year spent sequestered in her rooms at Stonebridge Manor, the once lively young woman is encouraged to venture into town—her first small step toward healing. But Regina is shaken out of her stupor when she makes a most unexpected discovery: a foundling baby girl. Regina is instantly enthralled with the infant and determines that she will claim the child as her own—a deception that seems, in the moment, to be harmless. But when her husband's cousin Radcliffe comes back into her life, Regina quickly becomes entangled in a tenuous charade.

Radcliffe is immediately taken with both the charming baby girl and the woman he believes to be her mother. As Regina and Radcliffe are drawn together, first as friends and then as something much deeper, the future is bright with unspoken promise. But when the truth of the baby's parentage is revealed, Regina stands to lose all that she has come to cherish.

Anita Stansfield began writing at the age of sixteen, and her first novel was published sixteen years later. Her novels range from historical to contemporary and cover a wide gamut of social and emotional issues that explore the human experience through memorable characters and unpredictable plots. She has received many awards, including a special award for pioneering new ground in LDS fiction, and the Lifetime Achievement Award from the Whitney Academy for LDS Literature. Anita is the mother of five, and has two adorable grandsons. Her husband, Vince, is her greatest hero.