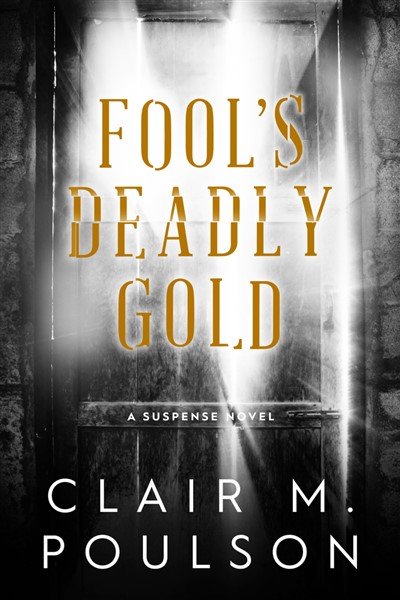 Lauralyn LaPlant and her sister, Bridgette, could not be closer. Their shared passion for adventure draws them to scale a sheer cliff one fateful day, but despite their experienced precautions, Bridgette suffers a terrible accident and plummets to an untimely death. Shattered by grief, Lauralyn soon makes a sobering discover: this was no accident—her sister's climbing rope was cut. But who wanted Bridgette dead, and why? It's up to Lauralyn and her grieving brother-in-law, Dade, to uncover the truth, even it it means putting themselves in the path of a ruthless killer. As their search for clues leads them deep into the heart of Gold Country, they discover that in the world of prospecting, greed knows no limits.

Clair M. Poulson retired after twenty years in law enforcement. During his career he served in the U.S. Military Police Corps, the Utah Highway Patrol, and the Duchesne County Sheriff's Department, where he was first a deputy and the the county sheriff. He currently serves as a justice court judge for Duchesne County, a position he has held for nineteen years. His nearly forty-year career working in the criminal justice system has provided a wealth of material from which he draws in writing his books. Clair has served on numerous boards and committees over the years. Among them are the Utah Judicial Council, and FBI advisory board, the Peace Officer Standards and Training Council, the Utah Justice Court Board of Directors, and the Utah Commission on Criminal and Juvenile Justice. Other interests include activity in the LDS Church, assisting his oldest son in operating their grocery store, ranching with his oldest son and other family members, and raising registered Missouri Fox Trotter horses. Clair and his wife, Ruth, live in Duchesne and are the parents of five married children. They have twenty-two grandchildren.