The Other Side of Heaven (15th Anniversary Edition) DVD 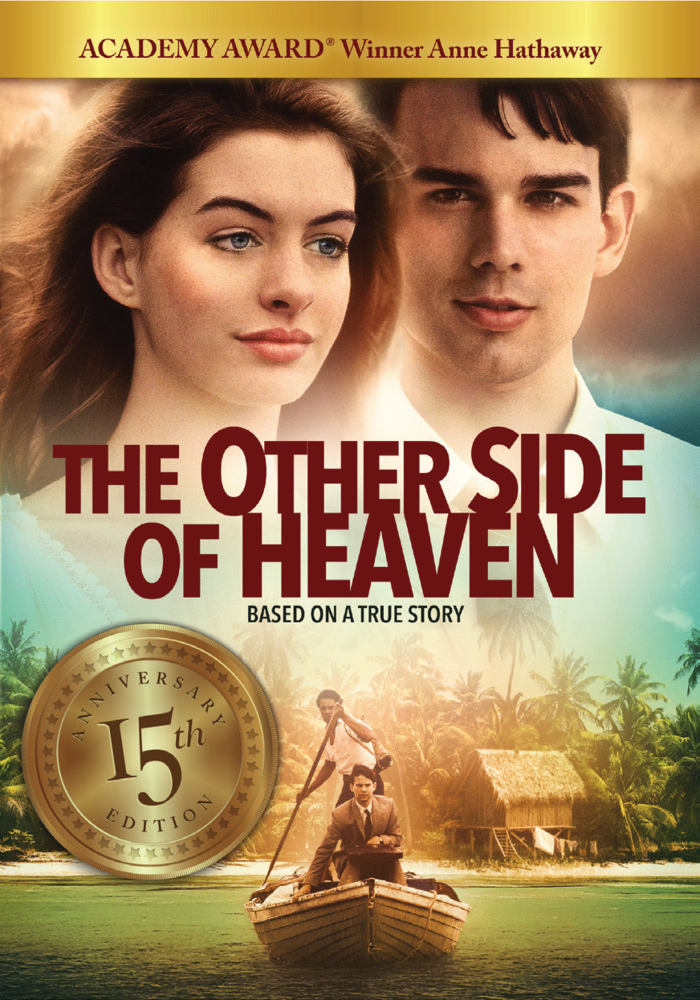 A thrilling and epic adventure starring Academy Award-winner Anne Hathaway and Christopher Gorham. When a young man, John Groberg (Gorham), is sent on a three-year mission to Tonga, he has no idea what he is getting into. In fact, just getting to Tonga is fraught with danger and unbelievable obstacles. once there, he finds himself in the midst of a culture as remote to him as the island is to his Idaho Falls home. Not understanding the language and lonely for the girl he left behind, Jean (Hathaway), John faces suspicion, distress, typhoons, tidal waves, mosquitoes, and other perils of man and nature as he reaches out to the people of Tonga. Filled with adventure, breathtaking scenery, and humor, The Other Side of Heaven is a coming-of-age film your whole family will enjoy.

It was a film that dreamed big. The team behind it seemed to know it was destined to break out of the past limits of Mormon cinema. By casting major movie talent, including Christopher Gorham and rising star Anne Hathaway, and joining forces with the producer of Schindler's List and Jurassic Park, filmmaker Mitch Davis willed The Other Side of Heaven into the mainstream. Never content, he then brokered a home video deal with Disney's Buena Vista Home Entertainment division and watched as an inspirational story of a Mormon missionary in Tonga in the 1950s became a cultural phenomenon. Fifteen years later, with a new bonus fireside with Elder John H. Groberg, the 15th Anniversary Edition is available to a new generation of viewers. Relive the most successful film in LDS history in this limited-edition DVD or Blu-ray and get ready for the sequel, Fire of Faith, coming to theaters in 2019.