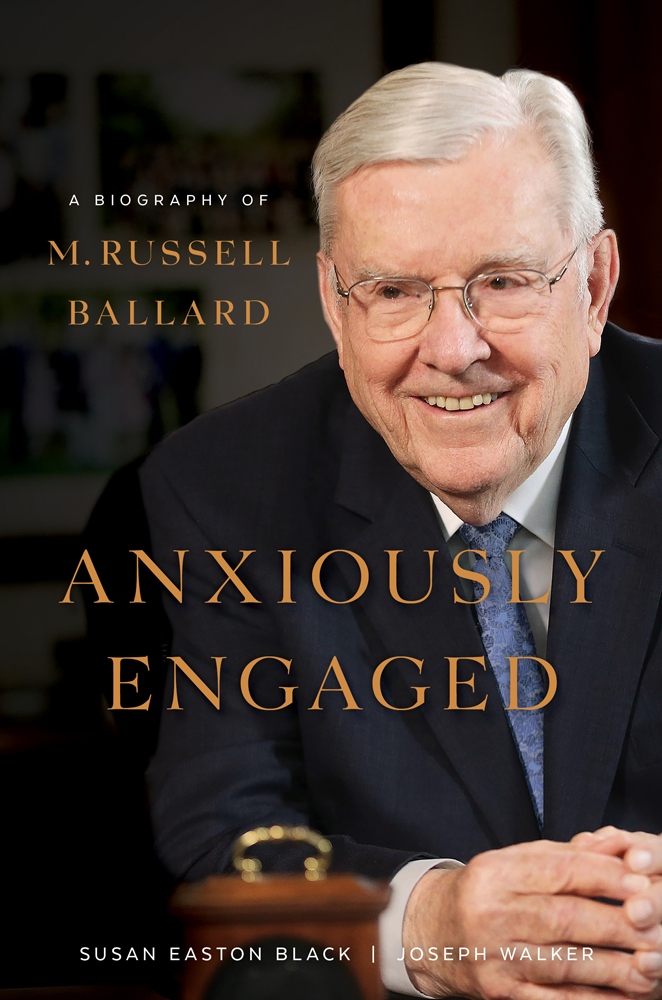 When M. Russell Ballard was set apart as Acting President of the Quorum of the Twelve Apostles of The church of Jesus Christ of Latter-day Saints in January 2018, it was another milestone in a lifetime of service to the Lord. Having set aside a variety of entrepreneurial ventures to serve as president of the Canada Toronto Mission at the age of forty-five, he then accepted a call to serve in the First Quorum of the Seventy two years later, in 1976, and thus never ended up returning to the business world.

In Anxiously Engaged, accounts of this dedicated missionary, husband, father, business leader, and Apostle—accompanied by photos throughout—offer a close-up look at President Ballard's life, faith, and testimony. As readers come to appreciate the meaningful difference he has made in the lives of the Lord's children around the world, their own testimonies of his role as a prophet, seer, and revelator will grow.

Susan Easton Black
Dr. Susan Easton Black joined the faculty of Brigham Young University in 1978, where she is currently a professor of Church history and doctrine. She is also past associate dean of General Education and Honors and director of Church History in the Religious Studies Center.

The recipient of numerous academic awards, she received the Karl G. Maeser Distinguished Faculty Lecturer Award in 2000, the highest award given a professor on the BYU Provo campus. Dr. Black has authored, edited, and compiled more than 100 books and 250 articles.

Joseph Walker
Since 1990, Joseph Walker has written a weekly newspaper column called “ValueSpeak,” which has appeared in more than 200 newspapers nationally. Some of his columns were published in the bestselling Chicken Soup series. Joseph and his wife, Anita, have five children and four grandchildren. They reside in American Fork, Utah.