Understanding the Apocrypha (Talk on CD) 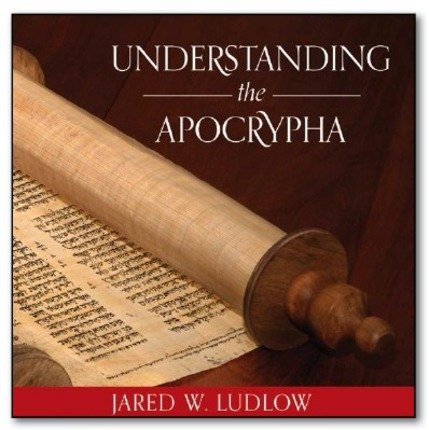 While translating the Old Testament in 1833, the Prophet Joseph Smith encountered the ancient writings called the Apocrypha and inquired of the Lord for more understanding. The Lord’s response, now contained in section 91 of the Doctrine and Covenants, has caused many members of the Church to wonder what the Apocrypha is and whether they should read it. Joseph Smith was told by the Lord that there are many true things in the Apocrypha, but also many false ones written by the hands of men. Yet the promise is also given that “whoso is enlightened by the Spirit shall obtain benefit therefrom” (D&C 91:5). This presentation seeks to introduce the Apocrypha to an LDS audience by answering questions such as:

Jared Ludlow, gospel scholar and professor in the Ancient Scripture Department at BYU, answers these questions and more in this fascinating talk on 2 CDS.

JARED W. LUDLOW is an assistant professor of ancient scripture at Brigham Young University. He spent six years teaching religion and history at BYU-Hawaii and served the last two years there as chair of the history department. Ludlow received his bachelor's degree in Near Eastern studies from BYU, his master's degree in biblical Hebrew from the University of California, Berkeley, and his PhD in Near Eastern religions from UC Berkeley and the Graduate Theological Union. His primary research interests are in ancient Judaism and Early Christianity.