Trial, Blessing or Both? (Audio CD) 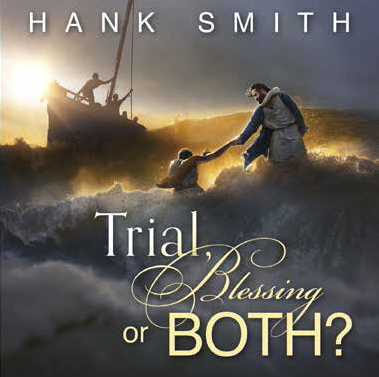 Hank Smith says that, as he travels around the country, he often runs into people who have gone through some really hard things. "But," he says, "They almost always tell me something like this: 'You know, it has really turned out to be a blessing.'" In this inspiring new talk, Brother Smith helps us understand the role of trials in our lives. He quotes Elder Neal A. Maxwell, who said that trials come in three forms: trials we bring upon ourselves, trials that are part of our mortal existence, and trials through which God is shaping and directing our lives. "Often we can't see the Lord's hand in our lives until long after the trials have passed," says Brother Smith.

Using stories and examples from the scriptures, Church leaders, and others, Brother Smith illustrates how trials can lead to triumphs. He shares the story of Orville and Wilbur Wright, who used setbacks in their lives to focus their energies into building the first successful airplane. He quotes Elder Dieter F. Uchtdorf, who said, "Often the most difficult times of our lives are essential building blocks that form the foundation of our character and pave the way to future opportunity, understanding, and happiness." And for those trials that never seem to end, Brother Smith reminds us that his favorite phrase from the book of Mormon says "And it came to pass," not "And it came to last!"

Hank Smith teaches in the Religious Education Department at BYU and is a favorite speaker for Especially for Youth, Best of Especially for Youth, and BYU Education Week. Hank and his wife, Sara, were both born and raised in St. George, Utah. They are the parents of one daughter and two sons. Brother Smith enjoys running marathons and eating lots and lots of ice cream (which is why he runs marathons). More than anything else, he loves being at home spending all day with his wife and children.